Frost and Your Artificial Turf

Posted by Troy Scott on 15 January 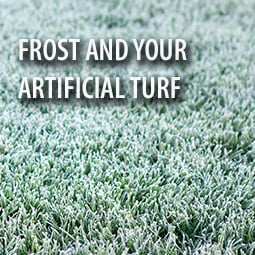 Despite the considerable time we spend talking about how tough and durable artificial turf is, some folks still find that hard to believe. After all, synthetic turf is made from plastic, right? How can it possibly have what it takes to withstand truly difficult conditions? Take frost, for example. Frost can damage natural grass under some circumstances.

We’re happy to allay any fears you might have about frost and artificial turf. We can assure you that our Heavenly Greens turf products keep their cool, even when it’s frosty outside. Here’s what you need to know.

A heavy frost can damage natural grass because the moisture in the blades freezes. Then, if you walk on the grass, the blades can break off. If it’s cold enough, the blades can die back. Frost doesn’t affect artificial turf in the same way. That said, we don’t necessarily recommend walking on frost-covered fake grass, for two reasons. First, even though artificial turf does not get slippery when it’s wet, frost is ice and ice is always slippery. You could slip and fall. Second, walking on heavily-frosted grass compacts the ice, which could impede the turf’s ability to drain away moisture quickly as the frost melts.

So frost won’t hurt your artificial grass. Usually, as the day warms, frost quickly evaporates anyway. You can hasten this process if you want – say, you’re anxious to get in some early practice on your backyard putting green. Just pour a little warm (not super-hot) water on the frosty area to melt it. Since artificial turf is installed with a super-efficient drainage system, the moisture will be gone quickly and you can get down to business.

You might be tempted to use salt or deicer on your turf, but we don’t recommend that. These products won’t hurt the turf’s surface, but they can sometimes leave behind a residue that is damaging to the backing. That could cause drainage problems later on. Besides, you don’t want these products leaching into the soil or groundwater, because they can cause all sorts of problems there.

Since artificial grass is undeterred by frost (or even snow, not that we get much of that here), there’s no need to fuss around at year’s end winterizing your grass. Your turf will continue looking great all on its own, no matter the season. This should bring a smile to your face because instead of working on your lawn you can play on it, regardless of the cold weather. Now we’re talking. A bit of late-year football, perhaps. A chilly game of Frisbee or fetch with the dog. And, as we mentioned, more putting practice. Nice.

The best news of all may be that we’re predicted to have a warmish and drier than average winter this year, so frost may never crop up. And if it does, you now know you don’t have to worry. Want to know the truth about other artificial turf myths? Just give us a call. At Heavenly Greens, we not only deal in superior products, we deal in facts. 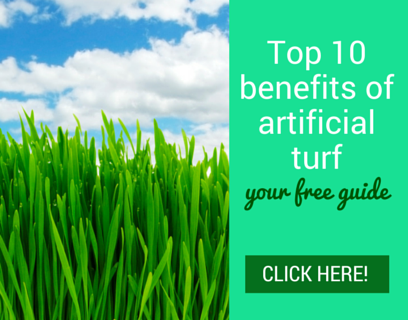 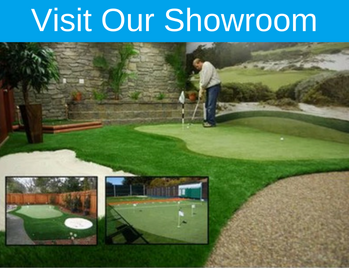